King Abdullah Financial district is a new and very modern district of Riyadh in which we participated with different supplies for many buildings including the hotel. The nine-storey hotel is designed as a prism-shaped tower, for this project we have supplied GP anchor channels. 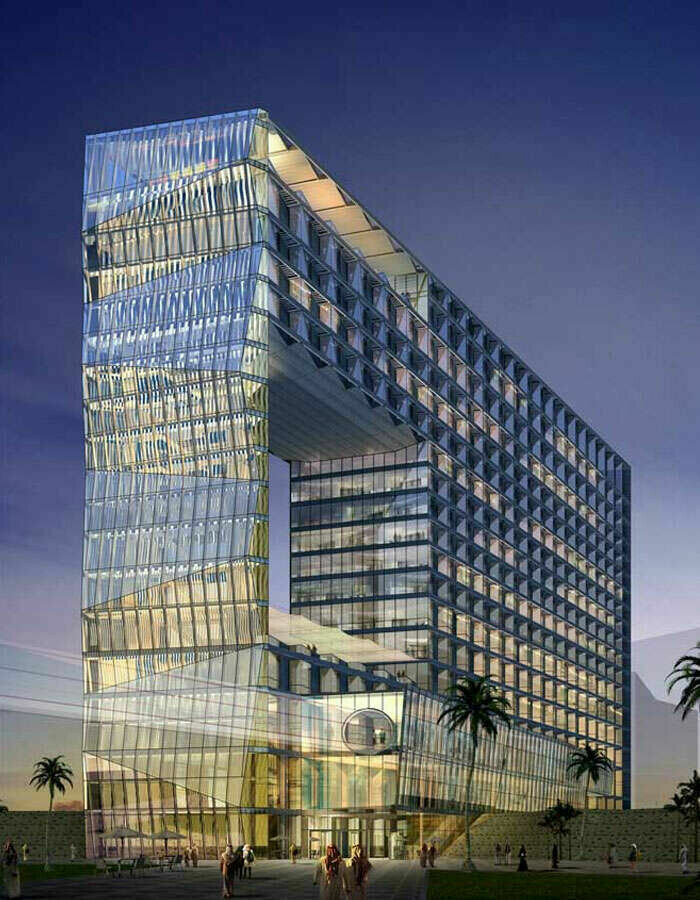 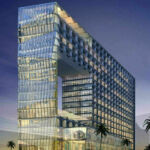 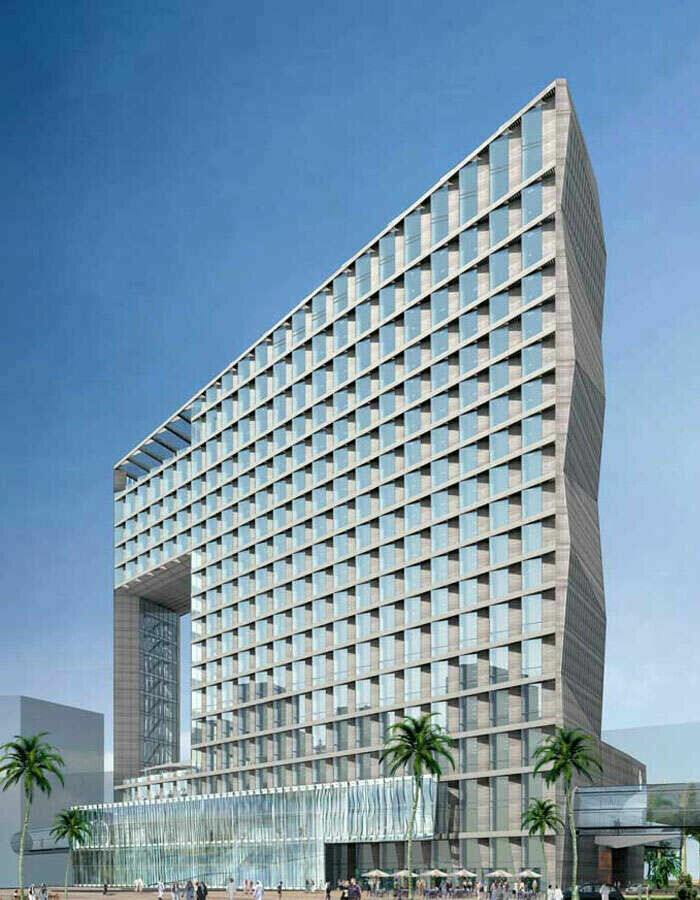 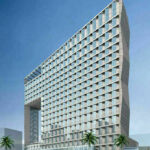 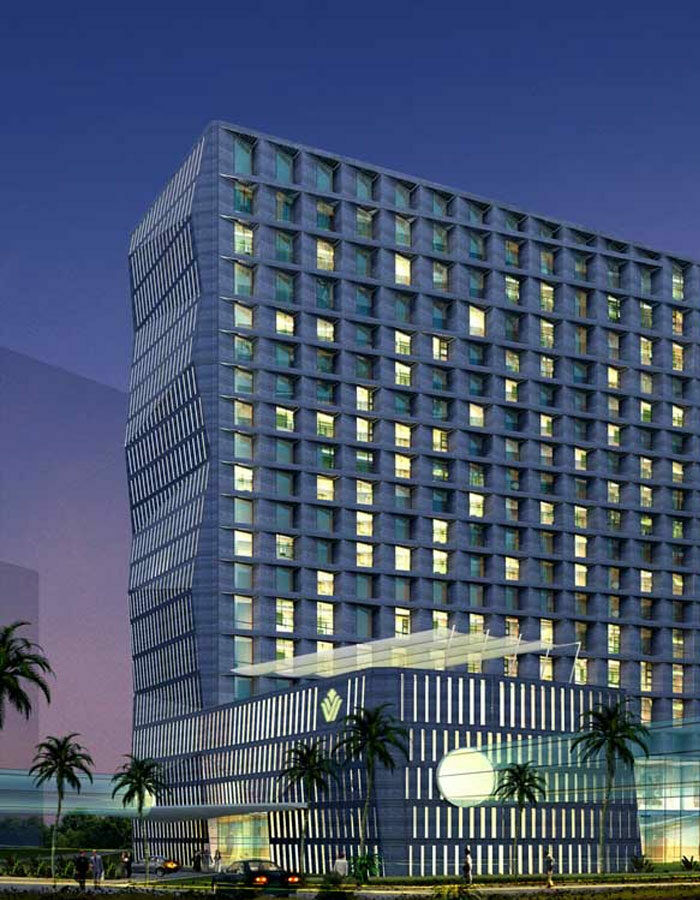 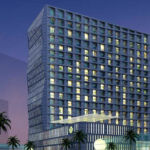 The nine-storey hotel is designed as a prism-shaped tower, this type of shape allows a great view and allows light to penetrate the mass of the building. In the podium structures there are the hotel amenities and conference facilities and links the building to its surroundings at the pedestri level. The podium includes a multipurpose hall, restaurants, a spa, outdoor gardens and a rooftop terrace.

Each building facade have to be faceted in its design. The hotel’s slender notte facade, therefore, respoonds to this direttive with an undulating , faceted skin; the south facade features a similar architecture for consistente while also giving the building a dynamic, changing appearance from every perspective. The north facade consists of a semi-transparent aluminium and glass wall with two layers of ceramic Frits creating a moire effect.

The pattern changes from a smaller pedestri scale as it ascends the building’s full height. To mitigate extreme heat conditions, the south facade is designed to be mostly opaque, stone clan with a 150mm wide groove, on one level, alternating rhythmically on the tower. On the podium, these slits become windows to allow more light and a spectacular view. Both the north and south facades of the building will be illuminated at night to give the hotel a distinctive appearance.

The tower’s long east and west facades feature a saw-toothed design with continuous slam edges. This pattern reveals the scale of rooms while providing maximum shake from the most extreme desert sun and steel allowing for measured light and views.

For the realization of the project, AdermaLocatelli used products belonging to the following business lines: Cast-in anchor channels.
Find out more! 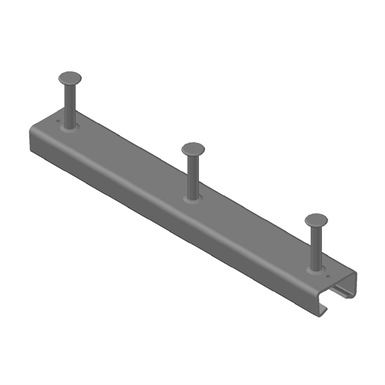